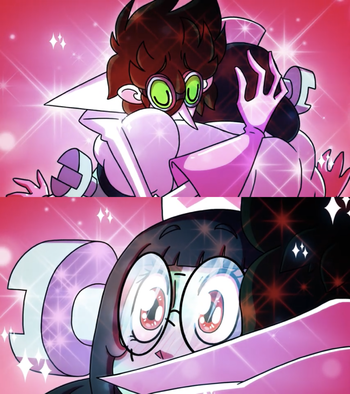 "Thank you, Nurse. It means the world to me."
Advertisement:

I Need a Hero Academia