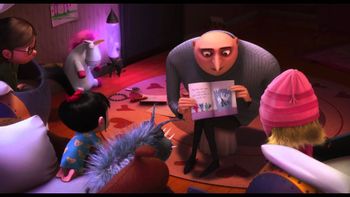 And now he knows he could never part from those three little kittens that changed his heart.