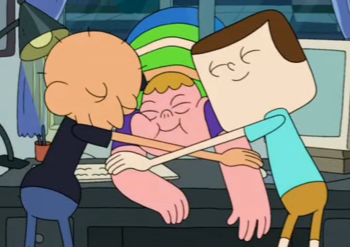 "Alright, guys, take it easy, you're gonna break my head."note Upon all hell they go through, they're still True Companions sticking together through thick and thin.
Clarence may rely on humor, but it has a few Heartwarming Moments though.
Advertisement: