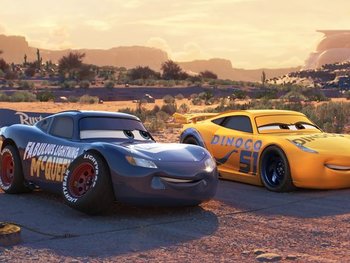 The racing legend and his new student.