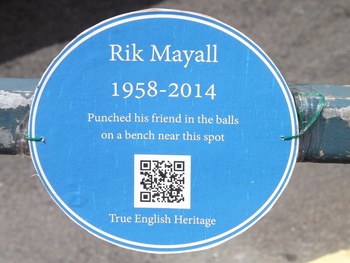 They put this where they filmed the intro.