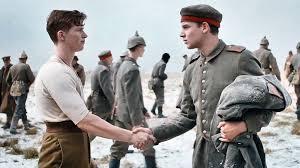 "Happy Christmas."
"Frohe Weihnachten."
What does it take to make consumers want to buy a product? Sometimes, just a little d'aaaaaawwww.