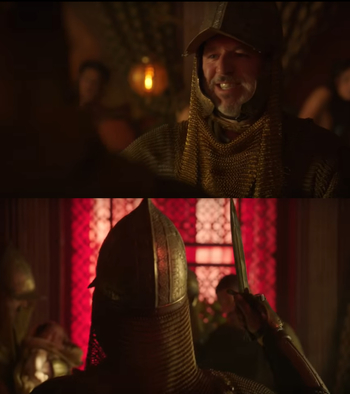 Lord Janos proves his despicableness by killing an infant in front of her mother.
In a show where morality is a complicated matter, only a few people can be considered pure evil.