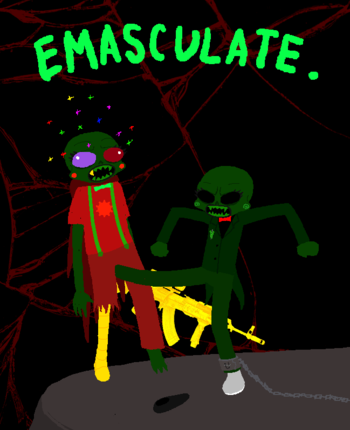 Never bring a gun to a groin fight.

Guard: "That's not in the protocol."
Asuka: "Screw the protocol, Saburo, you know it's me."
Guard: "Wish I didn't. My crotch still hurts from when you kicked it all those years ago."
Asuka:''' "You shouldn't have been on top of me like that. Now can we go through?"