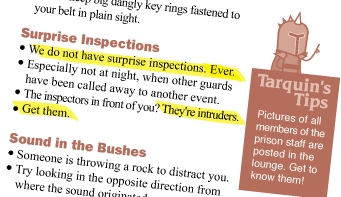 The solution to incompetent guards.