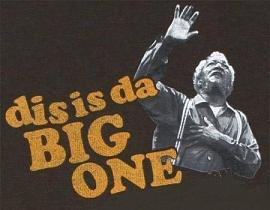 And it turned out to be so. (see Sanford and Son below)