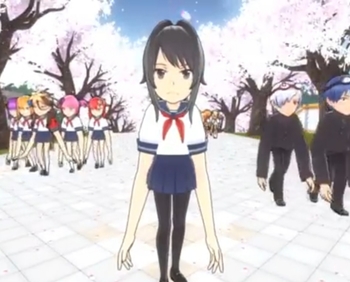 Spoilers Off for moments pages

Yandere Simulator is a very horrific game with murder, kidnapping, bullying, all that fun stuff. But it is also a very strange game, with many hilarious and silly things – some intentional, some not – that contrast mightily with its darker elements.

open/close all folders
The Game Itself
Easter Eggs
Advertisement:
Bugs and Glitches
Development Videos
Meta and Other