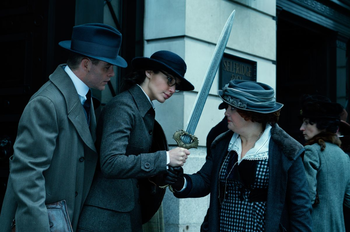 "You gotta put the sword down. It doesn't go with the outfit."
Advertisement: