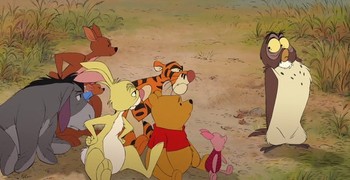 Owl, you got some 'splainin' to do!