Funny / Whose Line Is It Anyway? (US Revival) 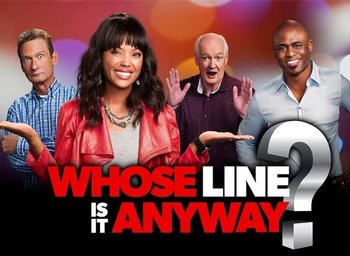 There have been so many funny moments in Whose Line Is It Anyway? that we had to separate the pages. Separated even more due to hilarity in the United States version itself. Here's the page for the series hosted by Aisha Tyler as shown on The CW.