Funny / Umineko: When They Cry 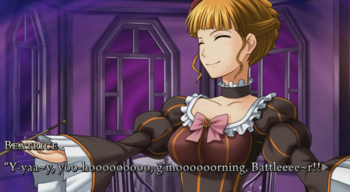