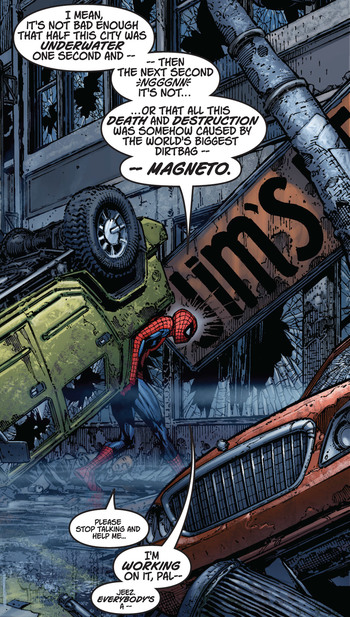 Even in Ultimate Marvel, Talking Is a Free Action.