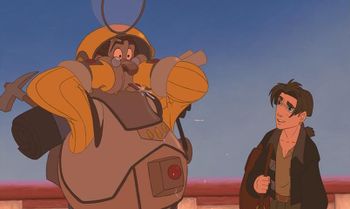 "WHAT?! My mother was a SAINT! Get out!!"
Advertisement: