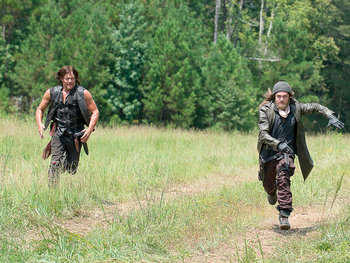 the Benny Hill theme!
Daryl: Hey kid, what'd you do before all this?
Glenn: Deliver pizzas. Why?
Daryl: You got some balls for a Chinaman.
Glenn: I'm Korean.
Daryl: Whatever.
— "Vatos"

Who said you couldn't have a laugh or two in the Zombie Apocalypse?

Tell It to the Frogs 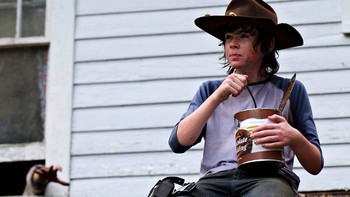 Nothing will get in the way between Carl and his pudding.
Season 5
No Sanctuary

Four Walls and a Roof

What Happened and What's Going On 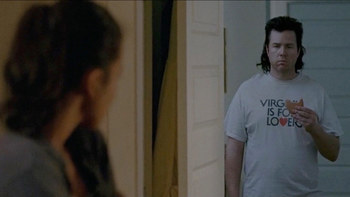 When there is a tense situation, you can always rely on Eugene to break the ice.
First Time Again

From Start to Finish 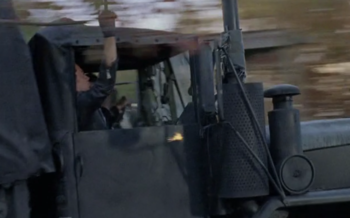 Villain: Exit, Stage Left like a boss.
The Day Will Come When You Won't Be

Sing Me a Song

Rock in the Road

The First Day of the Rest of Your Life

Season 8
The Big Scary UThe King, The Widow, and Rick How It's Gotta Be The Lost and the Plunderers The Key Still Gotta Mean Something WorthWrath