Funny / The Road to El Dorado

This entire movie is built on the premise that Those Two Guys got a movie of their own the first time around, instead of waiting for the sequel... so the movie is just packed with very funny lines. 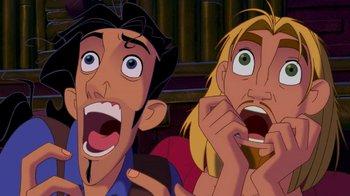