Funny / The Rising of the Shield Hero 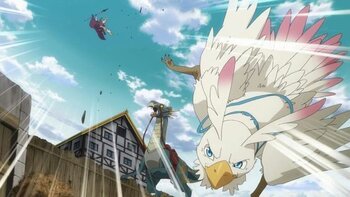 Pictured: The start of The Filorial Queen's Natural Relationship with The Spear Hero.

Series as a whole:

Manga
A Day in the Life of the Shield Hero