Per site policy, Spoilers Off applies to all Funny Moments pages, so all spoilers here are unmarked. You Have Been Warned! 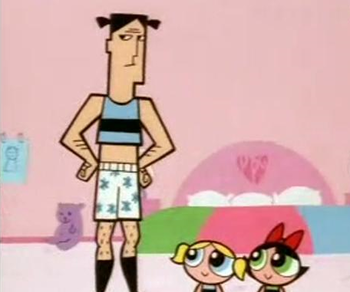 The Professor is best girl.
So once again, the audience has ached with laughter, thanks to The Powerpuff Girls.
Advertisement: