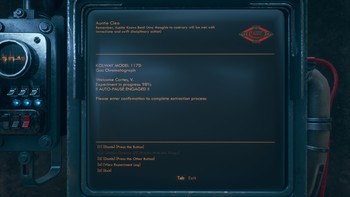 Nothing like a little Percussive Maintenance to make some progress in the name of science!
Advertisement:

This game lives and breathes Black Comedy, and most of it is really funny.