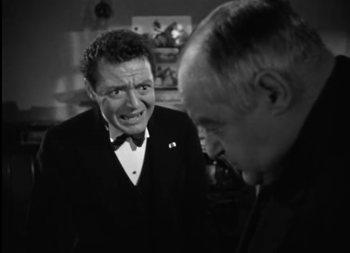 You... you imbecile! You bloated idiot! You stupid fat-head, you--