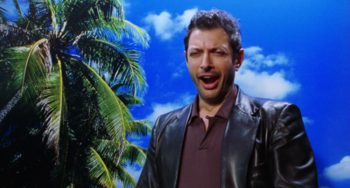 Christ, Malcolm, it's a little girl, how could y... Oh.
The first sequel in the Jurassic Park film series may be Darker and Edgier, but it still retains plenty of humorous moments.
Advertisement: