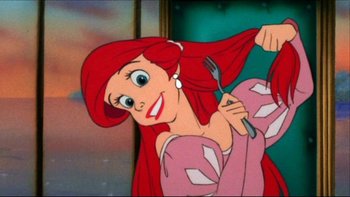 Ariel using a "dinglehopper" to comb her hair. In front of Eric and Grimsby. Hilarity Ensues.