Moments pages are Spoilers Off. All spoilers are unmarked, including the big twist of the movie. You Have Been Warned. 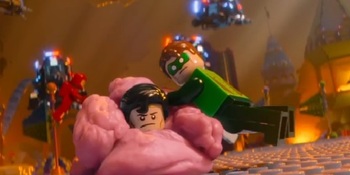 Get in a comfy chair (or double-decker couch) right now, tropers. If you know the directors and their nutty sense of humor, as well as the animation supervisor's work, you can expect to be here awhile!