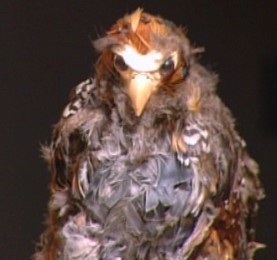 The papier-mache falcon, "Montecore"
This show basically runs on funny, so it's hard to pick specific moments, but...