Funny / The Hunchback of Notre Dame 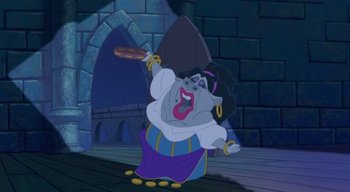 What do you want me to do, dress in drag and play the tambourine?