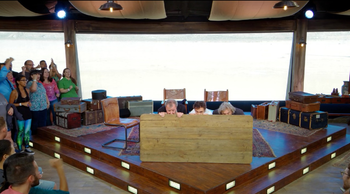 Past, Present or Future
The Falls Guys
Bah Humbug-atti
Unscripted
Up, Down and Round the Farm
Jaaaaaaaags
Blasts From the Past
Breaking, Badly
Oh, Canada
Feed the World