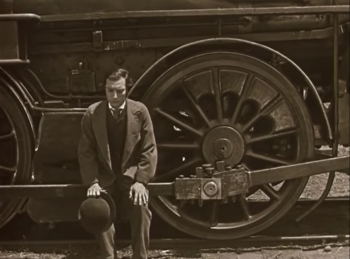 Keaton can make anything funny.