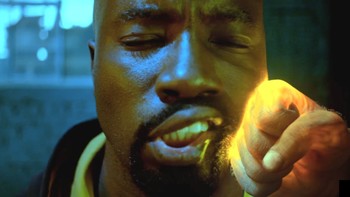 Bulletproof? Yep. Iron Fist-proof? Not so much..
Advertisement:

When four dysfunctional superheroes team up to fight a criminal organization, there are inevitably going to be a lot of comedic moments.