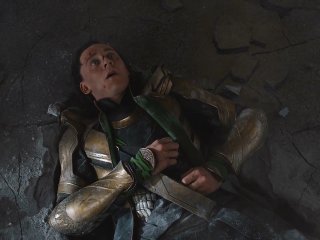 "Puny god."
Considering how gut-bustingly witty many Joss Whedon productions are, this was bound to happen. Highlights include:

WARNING: Spoilers Off applies to all Moments pages. There will be unmarked spoilers below.

Which is a nice nod to how with Hulk in the comics swallowing things was a legitimate tactic ALL THE TIME.