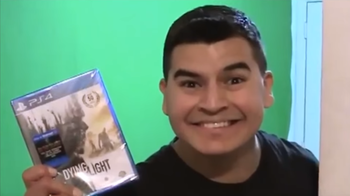 JOE YOU WANNA PLAY A MOTHERFUCKIN' ZOMBIE GAME?! note Jesus Christ, how many fucking zombie games are you buying, Joe?!

"This movie was completely fucking stupid, do not go watch this!"