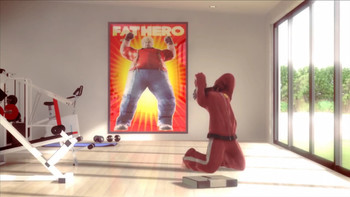 When you have a fighting game series with a dysfunctional demon family, a bear as the big bad's bodyguard, Robots with mohawks, Jpop Idols and the likes, there's bound to be a lot of these moments.