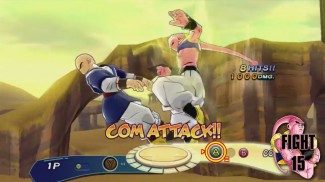 For the main page, go here.

Team Four Star's various playthroughs of Dragon Ball games have been greatly successful and funny to the point that a separate page has been set up for them.