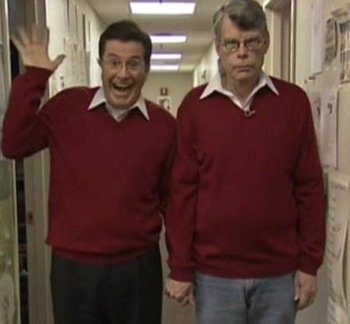 Surprisingly, there are more than a few hilarious moments in Stephen King's works. In fact, he has been known to say that he can always get a few laughs when reading his works aloud.