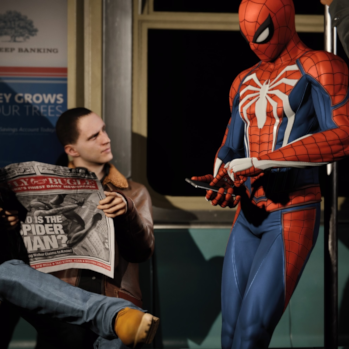 Oh hey, Spider-Man’s on the subway.

WARNING: Per wiki policy, Spoilers Off applies to Funny Moments pages. All spoilers will be unmarked.