Funny / Shaun of the Dead 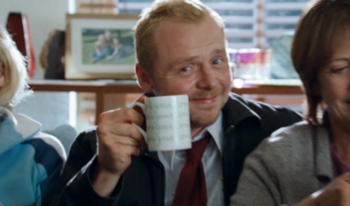 "We'll have a cup of tea, and wait for all this to blow over."