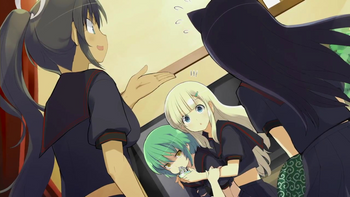 Senran Kagura is a series known to use fanservice in conjunction with humor, often producing extremely hilarious results.