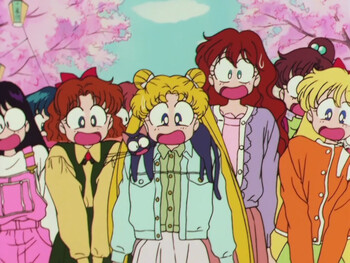 Wait until you learn what Umino did to make eight ladies (and two cats) do this.
Moments that made us laugh the hardest.
Advertisement:

In general (throughout the franchise)