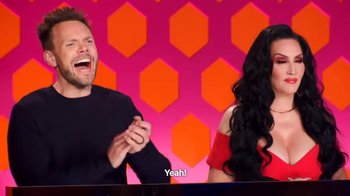 Joel McHale, both the best and worst judge ever.