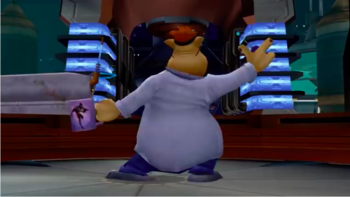 What Big Al does in his downtime
Advertisement:

While Deadlocked may be more of a darker game than the entries seen before it... it's still a Ratchet & Clank game.