As expected from a generally light-hearted and wacky series, there's bound to be a bunch of these moments. 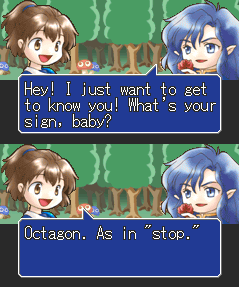 Even he compliments that was a good comeback.