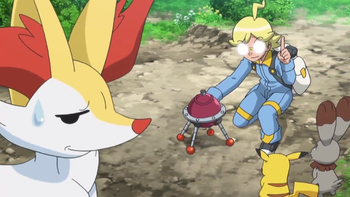 Clemont's issues with inventions became such a Running Gag, even Braixen knew what to expect.