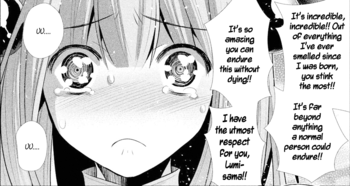 Okay, I think she gets the idea.
Advertisement: