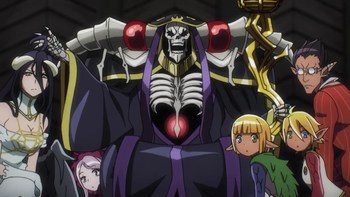 "Did we watch something we shouldn't see?" note  In case you're curious, this is their reaction upon seeing to lizardmen copulating before the battle with Cocytus.