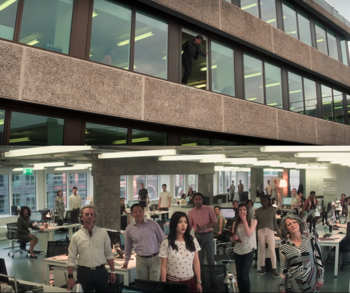 This stunt is as much of a ridiculous idea for Ethan as it is for the workers.
Advertisement: