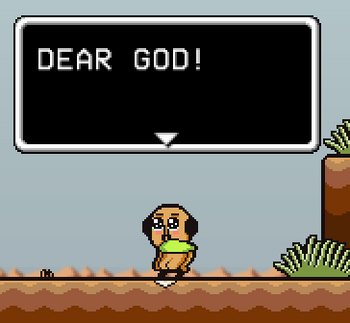 "Joined you after a destiny deciding bowel movement."
While LISA is a dark game, it also has some of the funniest humor in any RPG Maker game.

open/close all folders
LISA The First
LISA: The Painful RPG
LISA: The Joyful