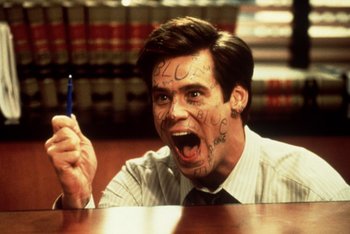 "THE GODDAMN PEN IS BLUE!"