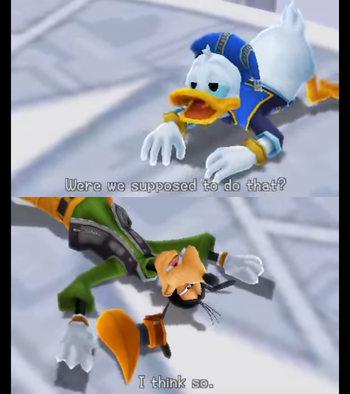 Considering that you two just saved everyone's lives, it doesn't matter if it was on purpose or not. note The answer, by the way boys, was yes, you were supposed to do that.
Advertisement: